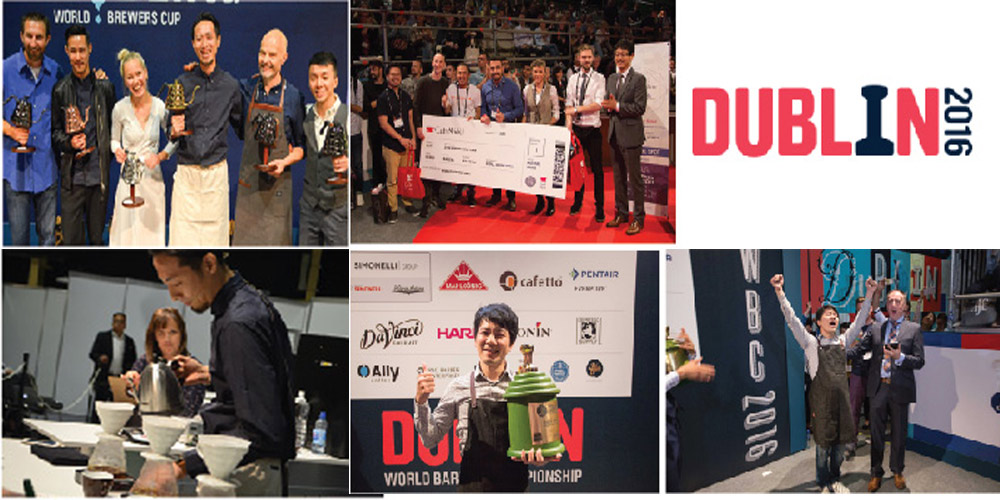 The City of Dublin was full of competitive spirit last week, and we’re not just talking Football: on June 26th, a new World Barista Champion and World Brewers Cup Champion were crowned at the Speciality Coffee Association of Europe’s World of Coffee show.

The World Barista Championship (WBC), now in its 17th year, saw a record sixty-one (61) champions from across the globe competing, with Berg Wu of Simple Kaffa in Taiwan emerging victorious using a washed geisha coffee from Finca Debora in Panama, while Tetsu Kasuya of Coffee Factory in Japan triumphed over twenty-six (26) competitors in the 6th annual World Brewers Cup, brought to you by Hario, with a naturally processed geisha coffee from the Ninety Plus Geisha Estate in Panama. A record 90 thousand (90,000) viewers tuned in to watch the competitions online, joining thousands of attendees at the show in cheering the champions on.

In the World Barista Championship, competitors have fifteen (15) minutes to serve four (4) sensory judges a round of straight espressos, a round of milk and espresso drinks, and then a completely free-form round of signature drinks. This is all prepared on a common kit of sponsored espresso machine from Nuova Simonelli and grinders from Mahlkönig, which has undergone a Qualified Testing process, along with cleaning supplies from Cafetto and water-purification from Pentair Everpure. Baristas’ usage of the equipment is monitored by one technical judge, and there is also a Head Judge who presides over the whole routine and ensures calibration across judges.

Connect with us -Social Media